Menu
Log in
Register
You are using an out of date browser. It may not display this or other websites correctly.
You should upgrade or use an alternative browser.

The Reloading Component Draught, When Will It Rain Again.

As probably most of us I have a supply on hand, but that only last if I'm not shooting.

What are your thoughts on when will the supply river start flowing again?

the good news is bullets are showing up.
the bad news is shot shell shot is drying up.
kind of that good news bad news thing.[and prices are reflecting that shift]

I'm also seeing at least some ammo on the LGS shelves, but usually at 2-3$ a pop for no-name rifle ammo, and a bunch of Remington stuff is showing up [also at the 1-3$ a pop price point] so there is that.

when things will just be sitting there again?
maybe this winter when everyone is finally broke, and prices are too high to just jump on whatever is there.

Powder is a major annoyance for me, along with primers. I'm sitting fine on both, but with all the uncertainty I'd like to be a bit better off. I'd like to get some lead shot as well, but it's not a huge priority for me. I can cast shotgun slugs easily enough, and I've been able to scrounge up enough reasonably priced reloading supplies to keep going. My guess is that we'll see factory ammo in respectable quantities soon, but much of it will sell out quickly, and there will be purchase limits for awhile. As fiver mentioned, factory bullets are showing up now, mostly rifle in my area, but it's probably going to take quite awhile for reloading tool manufacturers to get restocked from China

Yes, some hyper inflation could bring items back in stock. Good ole supply and demand. Demand will drop when the prices is too high, we just haven't reached that point I don't see it coming around anytime soon.

I'm not seeing any flowage in MN.
I am curious what I will see at the next local gunshow in Hutchinson on June 19-20.

California's Central Coast Amid The Insanity

Won't guess, but will say the first Tuesday after the first Monday of November 2022.
L

Kind of an N+1 = Enough in times when the flow stops.

Yep, my step father lived to be 104 yrs old in reasonably good health. I am pretty well set but to shoot as much as I would like till 104? I am going to need some more "stuff".

Kind of an N+1 = Enough in times when the flow stops.
Click to expand...

Depending on my shooting preferences year to year- possibly.

The balance of primers and powders on hand may play a role in what I shoot but otherwise I am good.

I do have about 3 K # of lead on hand so that isn’t likely an issue either. And the berms are always being replenished for me.
L

I too see the supply being thin until at least Nov. 2022 with possible political changes.
P

As for when the demand will return to previous levels ? That's difficult to predict but experience tells us the market will stabilize. It always does.

It's a common mistake to underestimate the size of the U.S. economy. It's enormous. The U.S.A. is the 3rd most populous nation in the world; only India and China have larger populations. And that U.S. population is wealthy when compared to other parts of the world.
It is VERY easy to get into a bubble and lose track of the incredible size of the U.S. economy.
Here are a few examples:

The U.S. consumes approximately 337 MILLION gallons of gasoline per DAY.

The types and amounts of petroleum products consumed annually in the United States, and a list of the top 5 gasoline consuming states.

The U.S. consumes 450 Million cups of coffee, per day 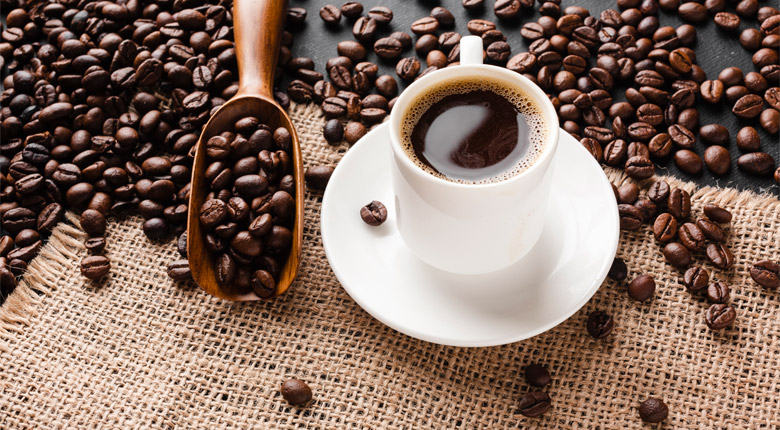 To learn about about the beer industry, access NBWA's fast facts.

Primers are produced by a few American companies and imported into America by a few more foreign companies. A large portion of the domestic primer production goes directly to large scale ammunition manufacturers. The number of primers sold directly to individuals engaged in reloading is a small fraction of the total primer supply. Prior to the current situation, the supply of primers (domestic and imported) was far MORE than enough to meet the demands of both ammunition manufacturers and reloaders.

When one looks at the size of the U.S. economy, it becomes clear that even a small increase in demand will involve HUGE numbers.
For example, If only 1/3 of the people in America used 1 more gallon of gasoline per day, that daily gasoline usage would increase by over 100 million gallons a day. In an economy this large, it doesn't take much to generate big numbers.

Just like a run on a bank, or say,....a toilet paper "shortage"; when people feel the supply is no longer in jeopardy, the demand will return to normal.
When people are fearful they will not be able to get what they want, they will buy every example of that item they can find and pay far more for those examples than they would normally tolerate.

The key to this ammunition component shortage will be an emotional tipping point when buyers are no longer fearful the supply is in jeopardy.
The market will become saturated, components will be available for purchase and prices will drop.

We've been through this before.

To add to what P&P wrote above, the company I work for manufactures plastic bags, mostly used for produce. We are but one of many sources and we produce north of 2 million bags a day.

Things will return to a new normal soon enough.

I'm with Brad. I have never been caught short and don't ever plan to be. If I had to count my shots and ration ammo the joy would be gone. I am blessed to have a wonderfully supportive wife who's only question over the years was, "Hey isn't that a good price, do you have enough, (fill in the blank),?

My only regret is that I don't have a few thousand gallons of under ground fuel storage, but then it doesn't keep well anyway.

the problem is calculating how much of what you'd need for a lifetime.
I been over this more than once for myself.
I can't predict usage of the different powders.
I have XX amount of 4895 put under the cabinet, but then I also have X amount of 3031 on the shelf.
I been using 4895 for case-B since the 80's, but now I have a very nice load for the 2-K jackets I have out in the garage in that same case.
but I also have a very nice load in case-C using 4895 and those same bullets.
suddenly I'm 'short' on 3031, and now I'm also 'short' on those jackets even though I pretty much only use them to shoot deer.

as a Reloader your always short on something,,,, wads, Primers, powder A-B or C, cases,,,, something is always lagging behind the other supplies.

here's a look at how my target shot shell balance is right now.
I have almost 30-K of one single wad, about 6-K of the hulls I will use them in [5 loads per hull] so a decent balance there.
problem is I only have enough powder to do about 20-K rounds, and about 12-14-K primers for the load, but I have enough shot on hand to cover the primers.

so I'm either gonna be shooting another load [primer/powder/wad/hull combination] in about 2 years, or I'm gonna have to reduce shooting until those primers are back.
unfortunately I will also need to buy shot at the same time, because I only have enough to match the primers I have.
so how do you decide whether it's the shot or the primers holding me back?
is it because for right now I can still get shot [which is in short supply] or is it because I can't find primers.
B

fiver said:
when things will just be sitting there again? maybe this winter when everyone is finally broke, and prices are too high to just jump on whatever is there.
Click to expand...

The late Fall of 2022. The stores will need to have their shelves stocked and reserve ammunition in the back. Then the backlog of orders will be filed and we reloaders will get a chance. Reloaders are the last thought on the ammunition companies' mind.

With Remington coming back on board, there will be more ammunition for the general trade. The ammunition manufacturers are paying far more for copper and lead than two years ago, this does not help the price. I know several match competitors not shooting this year because they have no primers.
B

I have lived through three great reloading / ammunition supply droughts, all tied somehow to headlines (I'll break off right there). But this one's different, since there are so many first-time shooters desiring to gain and retain proficiency in common calibers. The Gov't-buyout conspiracy was debunked easily enough -- the .44 Special, .38 Super, .32-20 and .45-70 sold out quickly, too, and I don't recall gov't issue in those chamberings. This is supply and demand, but I think the panic has subsided. Remington's absence has not been helpful.

Ammo and reloading supplies has always been a thin market in our large economy. But I think it will widen somewhat given consistent demand from a body of new shooters. The popular calibers seem to be coming back, as I was able to purchase 250 rounds of Herter's .38 special target ammo for just under $100.00 last month. I remember spying out WWB .45 ACP for $65 retail in mid 2014 -- an election year -- just before the panic tipped and eased. I am seeing the same thing here. Don't forget March 2017, when there was a kind of glut of CCW revolvers and autos, and ammo for them, on the market. Suppliers don't want that to happen again, either.

Patience. I think we've seen the worst of this one.

A lot of good thoughts expressed above. The components market has been either feast or famine for the past 25 years, and a lot of us here have been in this game for a good long time. I stock up during fat times, and go on a bit of a diet during the lean times. A part of the reason for returning to the 45 ACP as my primary felon repeller is that I have a lot more large pistol primers on hand than I do small pistol primers currently. If I am going to "hone the edges", I need primers to do that. 40 Short & Weak and 9mm use small pistol primers, 45 ACP and 10mm use LPPs. I have far more 45 ACP brass & ammo than I do 10mm. Process of elimination.
You must log in or register to reply here.
Share:
Facebook Twitter Reddit Pinterest Tumblr WhatsApp Email Share Link