Okay, since I suggested this sub-forum, I might as well be the one to start the first thread. I'm no expert. So, looking for more experience or data.

We shoot out to 500 yds for a typical BPCR type match. But we allow centerfire rifles as long as they are pushing cast bullets. My primary rifle for this is a 1903 Springfield made in 1921 with it's original barrel. Currently shooting the SAECO 315 bullet in 170gr with a GC over 18 gr of 2400. SD for this load when I tested it was 10 fps. Shooting is done with a 10X Lyman STS scope. But the discussion is not really specific to this caliber and load, but rather what happens when any bullet passes from sonic to sub-sonic and how to reduce the negative effects.

I realize that wind, mirage, changing light and operator error all play a role in flyers. But there are some flyers that simply do not make any sense. Another thread touches on position sensitivity of powder, pressure variation and such. But one thing nobody has mentioned, and I suspect it is because not many are shooting beyond 200 yds on a regular basis, is the issue of transition speed and its affect on the bullet.

According to an article I read, as the bullet passes from sonic to sub sonic it can go unstable. The instability can affect its path. The article went on to say that short fat bullets seem to fair better than long skinny bullets because they have less of a tendency to wobble. That makes for a conflict because heavier bullets buck the wind better and the only way you make a .30 cal bullet heavier is to make it longer.

So, it there a way to find a happy medium? Has anyone found one? Is there a heavy bullet that performs better in the TS (trans-sonic) range than another? Needless to say, it is not an easy question to answer because of the previously mentioned variables. My guess is many rounds need to be sent downrange in order to build a large enough data pool to determine if one bullet works better than another in the TS range.

I remember trying to shoot the NOE 311290, a 200gr bullet IIRC at around 1600fps at 500 yards and you could see the bullet tumbling like helicopter blades through the spotting scope. This is a bore riding design. I gave up on that Bullet and went with the 165gr 30xcb from advice from some of the guys here. It worked quite well and seems to go through the transition a bit better. More of a spitzer shape. Just my two cents.

Staff member
Trans sonic instability is a huge issue. Talk to the Palma shooters. They specifically select bullets and loads that are assured to stay supersonic past 1000 yards. Many shooters learn the hard way that fine groups at 800 and 900 go to hell at 1000 because of trans sonic instability.
Why is match 22 LR ammo all subsonic? Same reason, avoid any chance of trans sonic instability.
I don’t know of a bullet design that is immune to these effects.
I would be looking for a design that lets you go faster with good accuracy. Stay above the trans sonic zone and things will be easier down range. It will mean a bit more work on bullet choice and load assembly but it will be worthwhile.

Brad. This is why I tried so hard to push the xcb the speeds I did. Made hits a lot easier.

yep, avoiding coming back down through it is the best way to avoid the problems.

you need enough rotational stability and forward momentum to break through the air buffering cleanly.
[read shoot the bullet faster]
it isn't that a longer bullet can't do it, it just has more surface area for the wind and pressure waves to screw with.
P

At the muzzle, shock waves are well established and trajectory aligns with yaw angle. Down range they are different, stabilizing twist doesn't change much but shock wave buffeting may excced stability forces. Oscillating yaw angle created varying shock wave fronts that act on the longer side surfaces.

Good discussion as my gun slu.....ah shooting buddies are all wanting to shoot farther than the 200 yard rail at my range. So first they want to start with .22's at longer range. I did a mini Creedmore one time at 1,000 feet and did not find that to be that difficult. But that was standard velocity target ammo. I suppose the two ways to beat the the transonic boogey man with 30-06 and .308's would be to start and stay subsonic the whole way, (thus keeping recoil friendly and out tried and true cast bullet techniques working), or dive into the murky waters of pushing cast to full velocity and endure the recoil and the learning curve to stay super sonic the whole way.

Thought about upping or dropping the velocity. Time to start staring at ballistic charts. Wonder what's out there for reduced cast bullet 06 loads. Probably not much. Maybe CBA has data.

Wonder how bullet CG can alter the effects of TS forces.

Snakeoil said:
. Wonder what's out there for reduced cast bullet 06 loads. Probably not much.
Click to expand...

Sorry, but do you not own any handloading manuals?
F

In the 06 pushing the velocity with a high bc bullet would be much easier to make hits with from400> than would be with subs. The drop on those subs is fun to play with but drop is measured in feet. Hitting a gong is one thong (yeah i caught it but decided to leave it) winning a match another.

Shooting the low node stuff far is fun. You can watch them wobble out.

Ian said:
Sorry, but do you not own any handloading manuals?
Click to expand...

Yeah. Was just wondering out loud. Been a while since I dug into them. LCBH has plenty of cast bullet reduced velocities for all their bullets. But also just found a calculaltor on line that works nicely. Appears it will take a heavy bullet to get a Bc that will keep it supersonic out to 500 yds and not be above 1800 fps at the muzzle. I found a bullet on the NOE site.

Just keep any bullet subsonic the whole way. The trick is having a high end optic that has enough elevation adjustment to reach the desired distance.

This is the Leupold I have on my Bergara .30-06
It has 113 MOA of both windage and elevation adjustment. 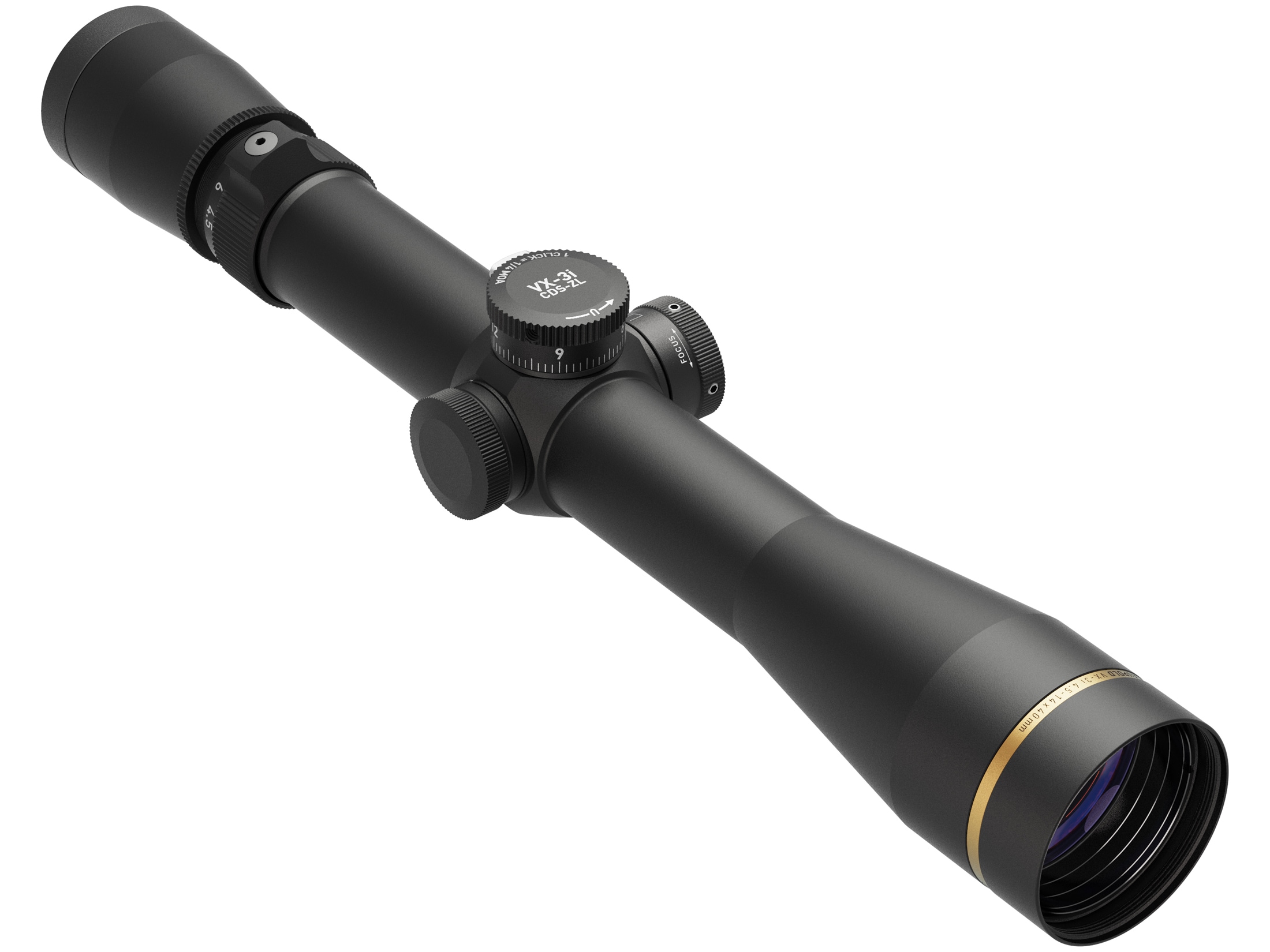 Thought about upping or dropping the velocity. Time to start staring at ballistic charts. Wonder what's out there for reduced cast bullet 06 loads. Probably not much. Maybe CBA has data.

Wonder how bullet CG can alter the effects of TS forces.
Click to expand...

I've seen a bullet destabilize with such consistency ........ But lots of folks convinced me I was wrong about the cause of the departure from line of flight . Mostly because it was so consistent it had to be shooter error .

I don't know from nothing about real long range shooting with cast . What I have done is a lot of BC , velocity , range and environmental conflict exploring . Lately it's been in 45-70 explored but not shot much .

223 was a whole different thing . 4 rifles in 1-8" twist , 2150 fps before I had group dispersals that continued to expand about , at 2300 they were making ellipse holes , one rifle was leading the muzzle a little . I attributed that to it being a brand new Savage Axis that was only shot with steps down and that load . On Unique its great , no hassles .

The ARs left a lot on the table , 200 yd was their limit even rested .
The Stevens 200 and Axis shoot this , it just doesn't work well . Lots of room for work but these 2 rifles are starter rifles and long range wasn't key in this .

308 I had high hopes for the XCB but dimensions plagued me again with reaching goals . It should also be noted that this rifle refuses to shoot anything over 175 gr . I did have some success with the 301618 paper patch bullet but never got to shoot past 100 yd but it ran over 2300 with 5 overlapping . Targets of oppertunity to 250 is were as expected .

I have more I tried but like I said nothing for competition .

Looking at the tables a running my load (and several others at the club), the bullet passes thru TS around 300 yds. We have been noticing that shooters were having more trouble at 300 than at 400 or 500. Hmmmmm...

Just a side note concerning BC. The BC of a bullet is really not a constant, but depends on velocity. I find the graph below interesting. This is for a .30- cal jacketed bullet. The BC is on the vertical axis, and the velocity (in Mach) on the horizontal. In the transsonic region, small changes (or variability) in velocity leads to drastic changes in flight characteristics (and hence wind drift).

That's it right there Spindrift. We have to really watch that with subsonic loads as well. It might first appear that just staying a few fps below mach 1 would be sufficient, but in reality it is necessary to keep muzzle velocity about 100 fps below that number to reduce bullet flight noise and severe yaw.

The air going over the nose of the sub sonic bullet is super sonic. And that creates an imbalance too. I think think this is what Ian is getting at on his last post. I watched a video with some super high speed cameras somewhere when they were talking about this. I think it was on a jet plane that was under development.
You must log in or register to reply here.
Share:
Facebook Twitter Reddit Pinterest Tumblr WhatsApp Email Link